The City of Eureka began a sister city relationship with Kamisu City in 1991. Former Mayor Nancy Flemming found a letter sent by then, Kamisu Mayor Numata, and a partnership was cultivated. According to former Mayor Flemming, when the agreement was first made, both cities were very similar: small cities, same sized port, and off a main highway. Today, nearly 30 years later, Kamisu has grown quite a bit, but has maintained a relationship with Eureka nonetheless.

Eureka and Kamisu have exchanged more than just letters over the years. Both cities have participated in cultural exchanges starting in 1991, when the partnership was first started, up to the most recent trip in 2015, when Eureka locals Holly and Harvey II visited Kamisu to celebrate Kamisu's 10th anniversary of their merging cities. 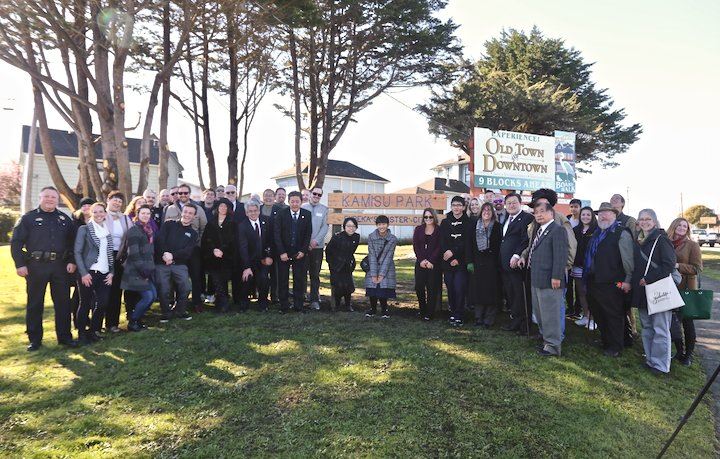 On February 5, 2019 the City of Eureka announced the dedication of "Kamisu Park." The park, located on the south bound stretch of the highway at the corner of Q Street. The City of Kamisu graciously donated cherry trees to represent the friendship between cities.  Mayor Susan Seaman and Mayor Susumu Ishida, of Kamisu joined together to carry on the tradition of friendship through sister city partnership that has lasted 30 years. 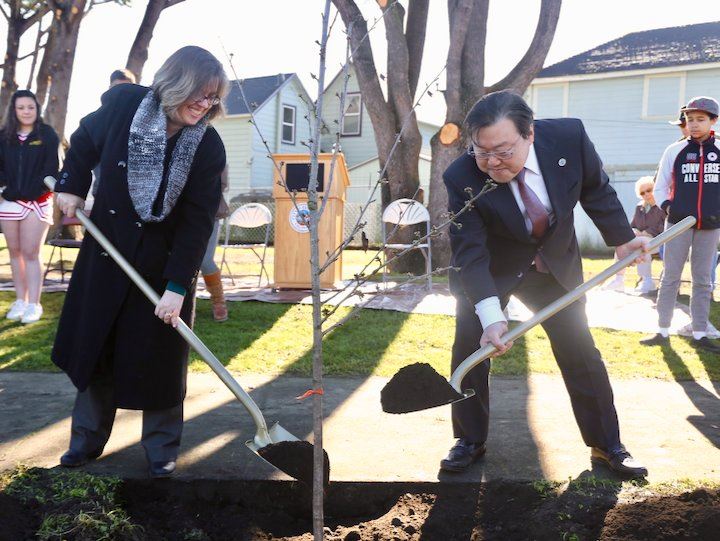 Concern about a City Park?